The Lessons of WCIT in Armenia: How to Go From Selfies to Action 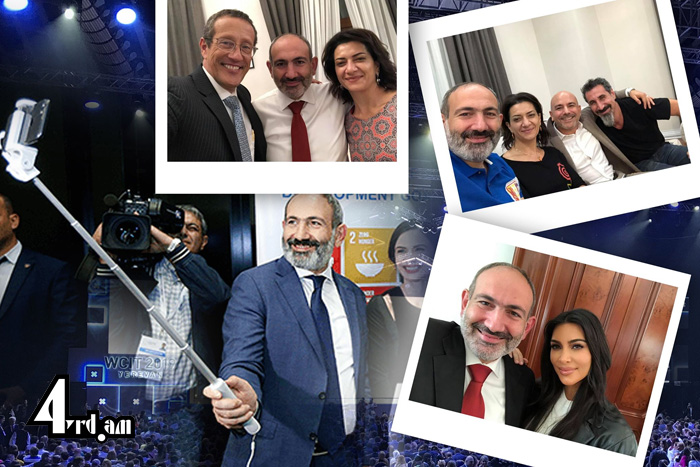 The Radiance of the WCIT

On October 7-9, the World Congress of Information Technologies (WCIT), considered the most prestigious forum in the global IT industry, was held in Armenia.

The Congress held in Armenia surpassed the previous ones with its radiance. As Secretary General of the WITSA (World Information Technology and Services Alliance), the main international organizer of the Congress, Jim Poissant mentioned in his address, the opening ceremony of the Congress in Yerevan was "the best it has ever been."

Yes, that is one thing we have learned. It was a spectacular concert, where Artificial Intelligence and classical music merged to create a unique AI concert with the motives of Armenian hymns, gathering an audience of enthusiastic and bright people. There was just as much radiance at the Congress at the Karen Demirchyan Sports and Concert Complex. In his opening address, Nikol Pashinyan presented the contribution of Armenian inventors in the historical technological progress of the world, inducing the occasional applause and laughter. The congressional sessions were chaired by world-class stars such as CNN's Richard Quest and Samuel Burke. But Kim Kardashian and Serj Tankian, who have nothing to do with IT, became the key figures of the event. Such is the world we live in. Superstars that have tens of millions of followers on social networks, shine the spotlight on important events.

Thus, although the Congress was not particularly covered by the world's most prestigious media outlets, interest in social networks remained high, and it became a landmark event for the Armenian IT community, which demonstrated its energy, viability and innovative ideas that impressed foreign visitors, including the reputable investors among them.

What does the government have to do with all of this?

This may count as a success for the new government in Armenia as well. A more serious study, however, demonstrates that the government has not really made much of a contribution to this success. The Congress in Armenia was determined to be held before the Velvet Revolution. It is true that the revolution has greatly improved Armenia's image and raised great interest in our country, which has been a contributing factor to the success of the Congress, the involvement of leading figures of Diaspora and the international IT community, as well as the excitement of the local IT community.

At the same time, objectivity demands to state that after the Velvet Revolution, the government has not taken any serious steps or reforms in this area that would add anything substantial to the emotionally favorable background of the revolution. Half a percent of our population is involved in the IT sector, which is able to produce 5-7% of Armenia's GDP. The sector has been growing at around 20% annually for several years, which has nothing to do with the current government, but more with the vitality of the IT community, which allowed the sector to grow even during the days of Serzh Sargsyan - Robert Kocharian kleptocratic regime. The government has yet to undertake any serious steps aimed at advancing the IT sector.

The government has not introduced any new privileges in the tax field, but has further weakened the law passed by the previous parliament. The main issue with the IT sector development, however, is the preparation of new programmers. The IT sector in Armenia is growing rapidly, so does the demand for new personnel and it is only going to increase. As Alexis Ohanian, the Armenian founder of the Reddit social network, mentioned during his address to Congress, "We live in a new world where the ability to program becomes a matter of ordinary literacy and will determine who will be able to succeed in the world."

However, the Ministry of Science, Education, Culture and Sport of the Republic of Armenia has not yet taken any steps to reform our education system by introducing programming into secondary schools and integrating the IT community. Another area is cryptocurrencies, a revolutionary financial technology that had a full Congress session dedicated to it. The government continues to tolerate the existence of the horribly conservative Central Bank, which has served as a tool of kleptocracy in the country, and poses a threat to the country's technological progress. Immediately after the Velvet Revolution, the Central Bank introduced guidelines to ban the entry of cryptocurrencies into Armenia. The ban on modern technology in the financial sector is a major blow to Armenia's prospects of becoming a leading technological state. Nothing is being done for the introduction of an e-residency system similar to that of Estonia, which would make Diaspora’s investment engagement more efficient, which was discussed at the Congress by Ott Vatter, the Managing director of Estonia's e-Residency program.

Instead, our government is content with taking selfies and participating in demonstrative components of various events. It is time to prove through action that we have a government focused on the technological future of Armenia, and not a government that merely “PR-s” itself on these topics.