A Tyrant Has Come Forth at the Yerevan Institute of Physics 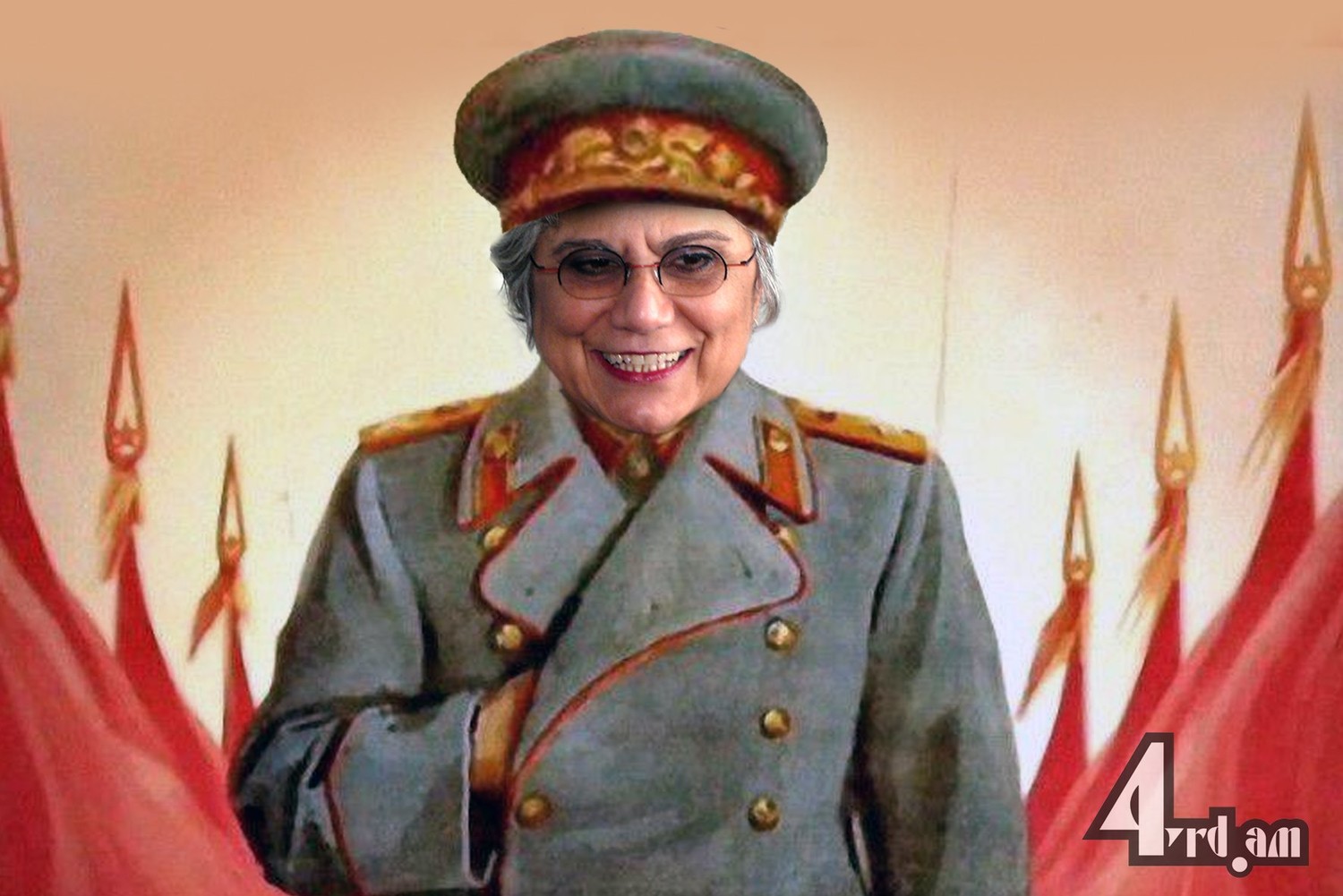 Recently, 4rd.am had touched upon the topic of discontent over the existing morals at the Alikhanian National Science Laboratory (Yerevan Institute of Physics, AANL) and the activities of its director Ani Aprahamian.

To remind our readers, about two weeks ago, 63 staff members of the Institute addressed a letter to the Ministry of Education, Science, Culture and Sport of Armenia regarding the problems accumulated at the Institute. Vexed by this letter, Ani Aprahamian decided to take punitive action and fired Shushik Mkrtumyan, who has had 27 years of dutiful service and whose only fault had been the signing of that letter.

The problems with Ani Aprahamian, however, run much deeper. The Institute has continuously been one of the most reputable centers of theoretical physics in the world not only under the former USSR, but also after its collapse. When Ani Aprahamian was appointed director of the Institute, she sharply changed the basic directions of the Institute's activities, prioritizing the vision of developing nuclear physics. This caused discontent within the staff; add the controversy over other issues with the director, and a letter was eventually drafted and sent to the ministry.

The issue with the Yerevan Institute of Physics became so heated that it was discussed at the special hearings of Armenia’s Parliament (National Assembly) on September 27. As a result of the discussions, a decision was unilaterally reached to completely replace the Board of Trustees of the Yerevan Institute of Physics to rectify the situation. This in its turn would have finally solved the conundrum of choice regarding directions of scientific research and end the useless activity related to cyclotron. Hrach Asatryan, Chairman of the Scientific Council of the Institute, had informed during the hearings that the Scientific Council would discuss the matter of scientific directions and development program. It then had seemed like they would come to a solution, and that Ani Aprahamian had finally decided to respect the scientists and staff.
However, on the eve of the October 4 meeting of the Scientific Council, Ani Aprahamian unexpectedly sent a letter to the staff (presented below, without editing):

"Dear Colleagues,
The Scientific Council meeting scheduled for October 4, at 11am is canceled.
Instead, presentations of division leaders will be held during the Board meeting at 4 pm (October 4).
I will be present."

Naturally, this came as a shock to the staff of the Institute. It had seemed that the passions had subsided, that there would be a meeting of the Scientific Council, which in its turn would result in a serious debate on the further course of the activities of the Institute, development plans, but the Director willfully cancelled the meeting.

Afterwards, Ani Aprahamian wrote a third letter to the staff of the Institute, the content of which is enough to remove this lady from the post of the Director of the Institute.

The letter reads:
“Dear Colleagues and Staff,
Last week was a very difficult one. 62 people, including 28 scientists, signed a letter addressed to the Minister of Education, Science, Culture and Sport. Also on the list was the New Amberd chef whom I liked and enjoyed the dishes he made (once in 2019 and once in 2018). Our communication has been limited and I have nothing against him.

During conversations with many of you this week, it became clear to me that some of you have been misled. Many have said things that are not true. Most of you had various reasons for signing the letter, but all in all you had one desire - to make AANL better. I aspire to make AANL the prosperous laboratory that it can be.

We will build on our existing strengths and become even stronger. The Minister of Education, Science, Culture and Sport, the Minister of High-Tech Industry and the Minister of Economy are by our side, ready to help us if we are united. We do not necessarily have to agree on everything, but we must be unanimous in our future progress. To do this, I expect the best from each of you.

I have to tell you that doing your job improperly will result in dismissal. I have dismissed Shushik Mkrtumyan for her numerous mistakes and inaccurate comments. Under her leadership in the accounting department, we are not able to move forward. She has not done her job, or did it improperly. I appreciate her hard work at the AANL for many years, but now she has spread false information, failed to fulfill her duties, and has not met my expectations.

Many of you have mistook my smile and respect for a sign of weakness. I hope you realize now that this is not the case. Part of the deal for me to take on the position of Director of AANL was to dismiss staff at my will and to hire new staff. This is an important precondition for having a strong team that will push us forward. I hope we can leave the intrigues behind and move on. I have great plans for us. You have to decide whether or not you come forward with me.”

This is just plain cynicism towards an institution that has given numerous brilliant scientists and accomplished scientific achievements. Openly declaring that the Minister of Education, Science, Culture and Sport, the Minister of High-tech Industry and the Minister of Economy have her back, and that she may dismiss and bring in whomever she wants, means challenging not only the Institute of Physics but also the entire scientific community of Armenia in general.

What does “You’re either with me or get lost” mean? "Are you threatening?" That’s not her exact words, but that is the point. The Institute of Physics is not a SAS supermarket to get the staff together, instruct them to either bring a specific number of votes or not to work there.

We would like to address a separate question to the Minister of Education, Science, Culture and Sport Arayik Harutyunyan, Minister of High-Tech Industry Hakob Arshakyan and Minister of Economy Tigran Khachatryan. Have you really given a card-blanche to Ani Aprahamian, the director of the Yerevan Institute of Physics, for her to do whatever comes to her mind and not take any responsibility for it? That she is a far more important person than the staff of the Institute, that she is allowed to speak to the staff of the institution in the language of blackmail and vengeance?

This is a very pressing matter. The future of the best centers of science in Armenia and their prospects are at stake. By supporting the director that implements such draconian methods, the Armenian authorities will only get the opposite result, bringing out the scientific world of Armenia against them. Have you taken that into consideration?

Once again, we will be anticipating the reactions of the authorities, especially the above-mentioned ministries. For your information, we will keep a close eye on the scientific life at AANL and its return to the normal course. 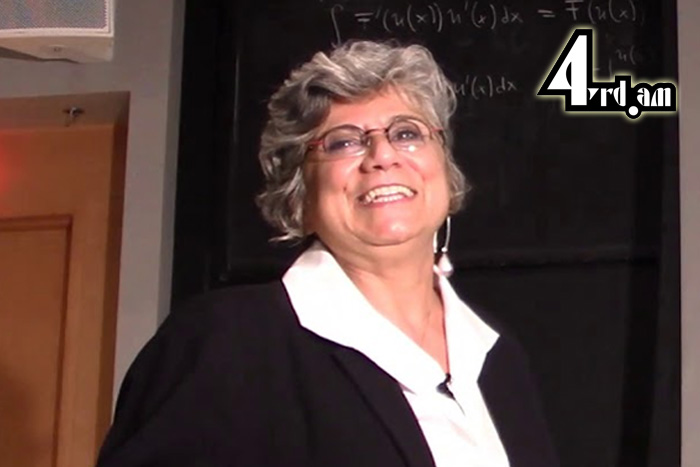