Justice on Demand. How to Deal with Corrupt Tigran Sargsyan 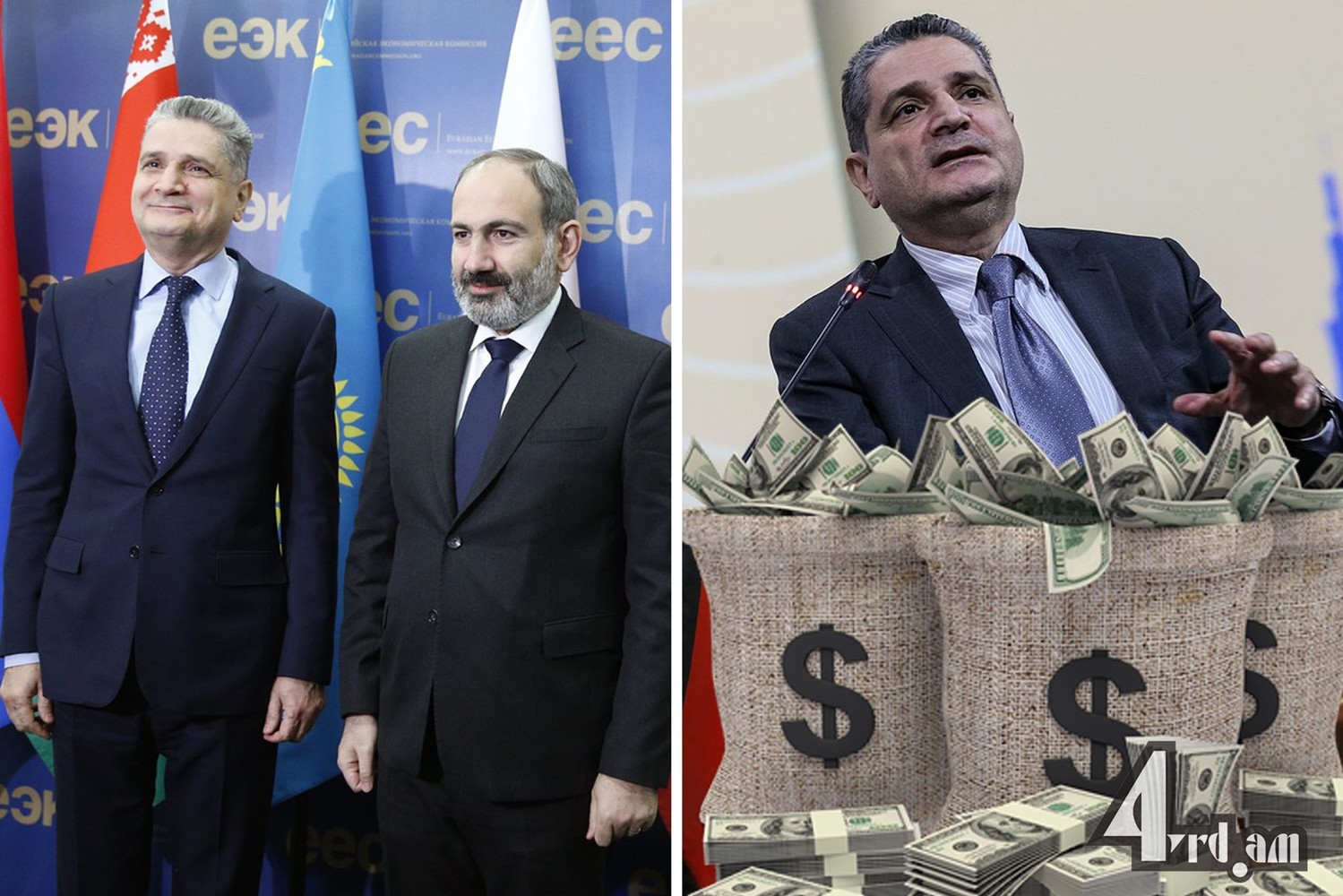 The official visit of Singapore's Prime Minister Lee Hsien Loong to Armenia, a first for the head of this island state strategically located at the strait connecting the Pacific and Indian Oceans, was a significant success for Armenia’s new authorities. Add to the fact that one of the leading financially developed countries that has the world's second-largest GDP, is signing a free trade agreement with the Eurasian Economic Union in Yerevan under Armenia's presidency, and you’ll get an even more impressive picture. But that is not all. President of Moldova Igor Dodon joined the summit as an observer. What made this even more impressive was that the Summit was attended by Hasan Rouhani, under whose leadership the Islamic Republic of Iran has decided to sign a three-year framework agreement on free trade with the EAEU in several areas.

Notably, Singapore joining the EAEU Free Trade Area will not bring immediate tangible economic benefits to the EAEU countries, albeit for the simple reason that Singapore has never actually suffered with protectionism and, apart from alcohol and tobacco, has not applied tariffs on imported goods; therefore, there will be no difference for our exporters. But in terms of raising EAEU’s prestige and investment attractiveness, this is a major success, with most of the laurels of glory being owned by Nikol Pashinyan.

True, the EAEU negotiations with Singapore had commenced two years ago, that is, before the revolution that brought Pashinyan to power, and they would succeed one way or another, because in recent years Singapore's economic development has not had the dynamism of the past, and for many exporters there access into the big new markets is crucial. At the same time, the public praise by the President of Belarus Alexander Lukashenko and the President of Russia Vladimir Putin showed that Nikol Pashinyan personally made serious efforts to speed up the process and prepare the final signing in Yerevan on October 1. In early July, he traveled to Vietnam on an official visit, which had already joined the EAEU Free Trade Area; then to Singapore, where he held relevant talks, and then, as it became clear from Lukashenko's words, he requested the EAEU leaders to expedite the resolution of technical problems.

For Nikol Pashinyan, taking on such an important role was facilitated by the fact that Armenia currently chairs the EAEU. Of course, Tigran Sargsyan's role as Chairman of the Board of the Eurasian Economic Commission also played its role. Without his efforts and cooperation with the Armenian Prime Minister nothing would have transpired. It is here that we are confronted with a significant issue that is yet to be resolved.

We all remember Tigran Sargsyan’s role in the corrupt governance of Serzh Sargsyan and Robert Kocharian. We can state without exaggeration that he was one of the creators and leaders of this corrupt pyramid system. We all remember the Cypriot offshore scandal tied to his name. According to HETQ Investigative Journalists, Tigran Sargsyan illegally registered Wlispera Holdings Limited in Cyprus, then received a bribe of about 2 million USD on the accounts of the latter and another company, A.B.S. Global Limited, founded by Wlispera Holdings Limited.

The Velvet Revolution needs to solve this one, among other corruption conundrums. Since we are yet to hear anything from the State Investigative Service in this regard, we would like to first of all know where has this case reached. Naturally, we understand that Nikol Pashinyan is facing a very difficult dilemma. He once created issues with Russia and other EAEU partners for arresting Yuri Khachaturov in connection to the March 1 case.

Understandably, state wisdom demands that the same mistake not be repeated in the case of Tigran Sargsyan, especially given the remarkable developments and successes made by his diligent work and efforts during Armenia’s presidency of the EAEU. At the same time, literacy and productive work have not yet freed anyone from accusations of illicit enrichment. Armenia's Presidency of the EAEU ends in February 2020. Afterwards, the Armenian public has the right to receive exhaustive responses to Tigran Sargsyan's corruption deals. Otherwise, the confidence that the new revolutionary authorities enjoy, will suffer a severe blow.