The modest charm of velvet bribery or justice on demand? 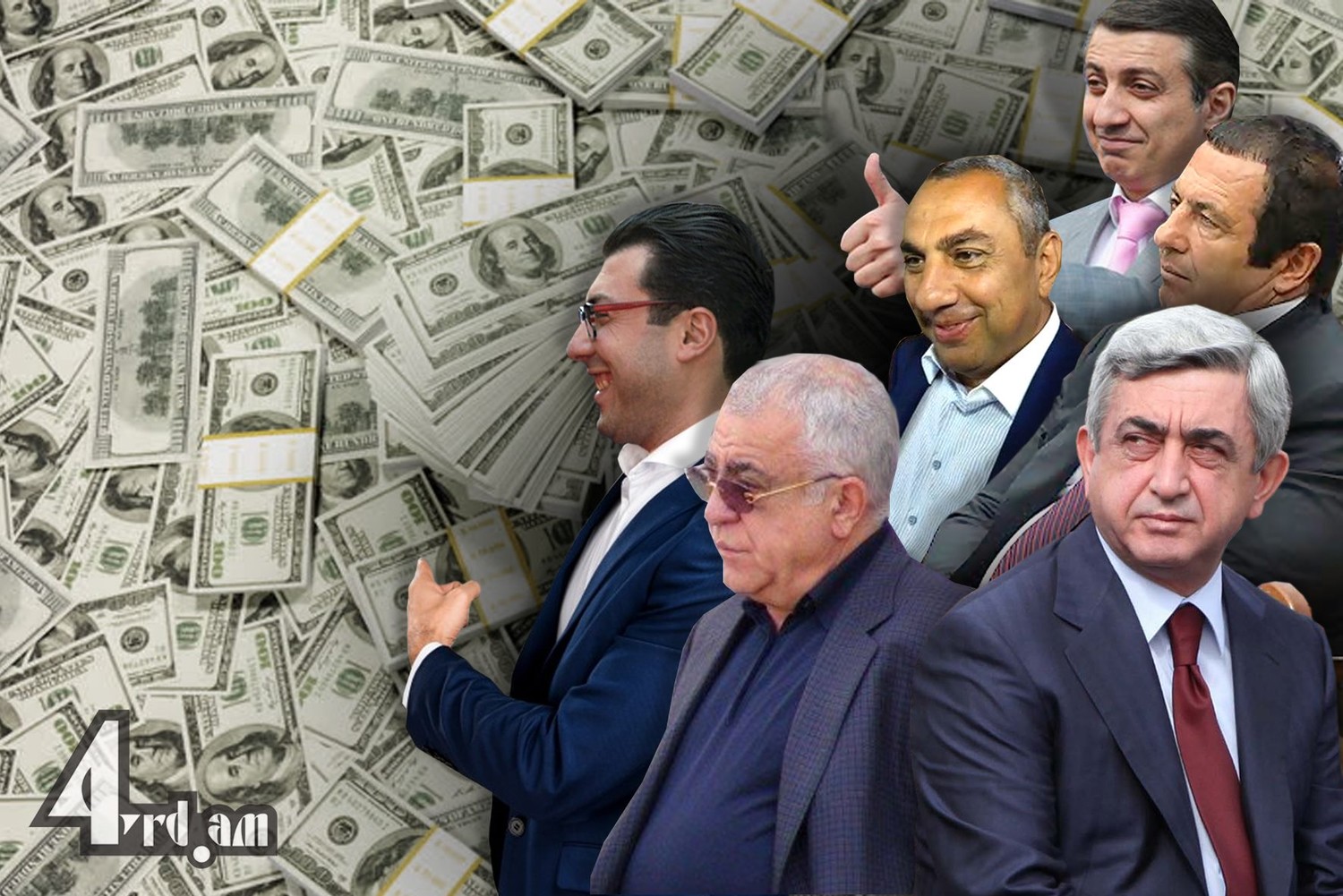 The Game of Justice

On May 8, 2018, when the nationwide protests compelled the parliament to elect Nikol Pashinyan as Prime Minister of the Republic of Armenia, the people were guided by one goal - to restore law and democracy in the country. Our people dreamed of putting an end to the corruption looting in the country; punishing the perpetrators of state-organized looting and returning the looted money. If anyone were to say that today, on October 25, 2019, exactly one year, seven months and two weeks after the glorious Velvet Revolution, the punishing hand of Armenian justice has only reached Gagik Khachatryan and Manvel Grigoryan, we would ridicule them nationally.

New Armenia’s incomprehensible games of justice commenced shortly after the Velvet Revolution. If you recall, the National Security Service found out that Samvel Alexanyan and other oligarchs, for the purposes of tax evasion, had illegally registered small firms in the names of the employees in the supermarkets they owned, which only paid sales tax. A criminal investigation was launched into “large-scale tax evasion” and “false entrepreneurship” against Alexanyan. His involvement in violence against peaceful demonstrators was also investigated. The State Revenue Committee checked the information on importing sugar as raw material and evading customs duties. But then, as if by a magic wand, all persecution ceased, and all of a sudden Alexanyan "became" a law-abiding entrepreneur who dutifully pays all taxes, donates extra money for purely patriotic purposes, and participates in marches with the new Prime Minister Tigran Avinyan, wearing a scarf, just like he did with Hovik Abrahamyan or Eduard Sharmazanov. The press has been overflowing with reports that Alexanyan hit a gold mine through reaching a common ground with the new authorities and paying a certain sum as a ransom.

The "Freedom in exchange for Charity" scheme also worked fairly well in the case of Serzh Sargsyan's brother Sashik Sargsyan, who was suddenly overwhelmed with and, most importantly, had an unprecedented desire to get involved in "charity" and pay $ 18.5 million to Armenia’s state budget. The “Benefactor”, however, publicly demanded "the immediate return of the property and money belonging to me and my family, the release of the arrested funds belonging to me and my family" and stated that "if the above actions are implemented and a true rule of law is established in the Republic of Armenia, I am ready to lawfully donate a part of my money to the Republic of Armenia, as a charity." What’s interesting is that all the demands of Sashik Sargsyan were fulfilled, and by paying what he promised, he really had the opportunity to leave Armenia and become inaccessible to justice.

The text of his statement, therefore, was in fact more than just a statement of “Mr. 50-50”. In fact, it fully defines the concept that the new government has laid on the basis of recovering looted money, and that concept has nothing to do with either the rule of law, justice or democratic governance. In fact, the authorities are ready to apply justice in a very selective way in exchange for some "charity", and to treat the Plunderer - “Benefactor” with a certain degree of tolerance.

Equally inaccessible to our justice have become the Banana King and former head of the Judicial Acts Compulsory Enforcement Service (JACES) Mihran Poghosyan; the all-powerful son-in-law of Armenia Michael Minasyan; the main perpetrator of the looting of the North-South road program and the brother of third president, Levon Sargsyan; the serial criminal and former Syunik governor Suren Khachatryan, all of whom have managed to find shelter hiding from our Femida abroad. So did Hovik Abrahamyan's famous case of usurping a sand mine pit by abusing his power. And finally, the “Chief Corruptioner” Serzh Sargsyan, who all the strings of large-scale corruption instances in the last decade lead to, is currently enjoying a peaceful and safe life.

The most ominous in all of this is the suspicion that justice can be used not only to restore legitimacy and to recover looted money, but also to serve as a tool for acquiring political and economic gain and negotiating ransom through selective enforcement. The conversations and examples around this are numerous, too. The press, for example, openly discusses that $ 300 million in ransom was demanded from Gagik Khachatryan, who gave only $ 100 million, resulting in him being arrested. Equally suspicious was the arrest and release of Sedrak Arustamyan of Multi Group Concern owned by Gagik Tsarukyan, which obviously influenced the behavior of the Prosperous Armenia Party and might have pursued that very purpose.

One thing is clear: The concept of obscure deals by the authorities in exchange for recovering the loot will not bring any good to our state, but will only undermine public confidence in the government. Regardless of the talks that those sums are spent on purchasing defense armaments, it doesn’t dispel doubts that these funds can also be used to enrich the current authorities and gain dark political dividends.

It is necessary to charge full speed ahead with the establishment of the "legal transaction" institute that exists in democratic countries. It will allow law enforcement agencies to conclude open, transparent, and public legal transactions with persons accused of loot. The mitigations made to the accused by law for the amounts refunded will be visible. Thus, the accused will be considered convicted criminals, but will receive detention mitigations in return for cooperating with the investigation and compensating for the damage caused to the public. While the public will see the amount of money recovered and will be sure that there has been no abuse. Carrying on with the current practice will not only discredit the present government, but will also allow the looters to slowly transfer their loot out of the country and operate with impunity before our justice. By adopting this legislative reform, the authorities will bear full responsibility for these consequences.