Resistance that may Jeopardize the Reforms 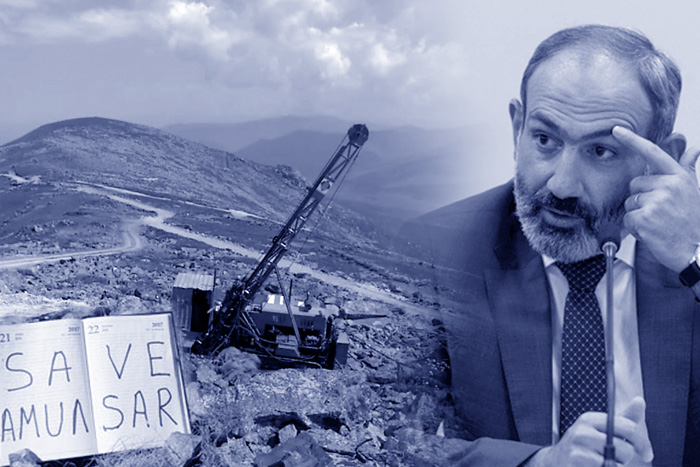 Whether we should expect a heated autumn or not hereafter depends on the will and decisions of the government. Kocharian and Sargsyan teams must direct all their resources towards their own defense in the courts, while the number of criminal cases and the people involved will see an increase with geometric progression. As to when will they come to their senses or whether they will at all, depends on the steps taken by the law enforcement agencies.

The circumstances surrounding Amulsar conundrum are different. Public opinion continues to oppose turning Amulsar into a mine, and these sentiments are not prone to change in the context of the government's decisive steps to hold the former regime accountable. The authorities and Prime Minister Pashinyan himself must draw the right conclusions in the current situation. Moreover, these should first of all be political conclusions. Bringing environmental or economic arguments in favor of Amulsar becoming a mine is already futile. The videoconference with Earth Link & Advanced Resources Development (ELARD), the Lebanese consulting firm that carried out an environmental audit on Amulsar project, has irreversibly struck at arguments about managing environmental risks of operating the Amulsar mine. No conclusion by any state inspection body can convince the public that there are no risks involved or that those risks are manageable.

Economic arguments are even weaker and do not withstand criticism. On the background of numbers that Pashinyan posts on his Facebook page on a daily basis, the annual $ 50 Million in Tax Entry into the Budget cannot impress the public. On one hand, there are talks about the double-digit economic growth being very attainable. On the other, they want to operate a mine whose impact on GDP is not even close to 1%. Recently, the government decided to return the value-added debt of 58 billion AMD to taxpayers.

A country that is able to repay $ 120 million in hopeless debt cannot be tempted with poisoning in return for $ 50 million. Imagine a family of farmers who repaid a $ 10,000 forgotten debt, which they weren’t required to repay. Will the family agree to have pipes going through their house that could spoil the harvest, in return for $ 5000? Of course not. Wouldn’t the family members reprimand the head of the family for repaying debt that was not required of them, only to have risked their home for money? Not only will they reproach him, but also hinder the implementation of this program by all possible means.

Currently, the government has undertaken major reform commitments in all possible spheres of life in Armenia. They proceed slowly, with ups and downs, trial and error, but these reforms have begun and are likely to have their favorable impact in the nearest future. Entering into confrontation with the society because of Amulsar can disrupt their course. Resolving the problem by force would be even more perilous. It would cause resistance not only in Vayk, but also Yerevan. The country is facing far more serious challenges at the moment, and the price to pay, which will cause inevitable barricades between the government and the people, cannot be the slight diminution of authority.

P.S. We should emphasize the fact that the servants of the former regime trying to get involved in the Amulsar struggle did not have any impact on the society. At present, the political consciousness of the public is so high that it quickly differentiates selfless fighters from those who suddenly appear "concerned".

In addition, their physical presence is no reason to give up the fight.